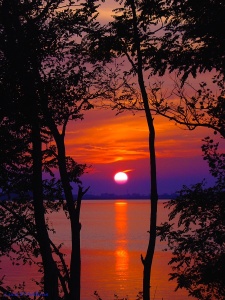 “There are a small number of people who have the very rare ability to see a new vision that will click with the world, without having to try it out: Steve Jobs, Steven Spielberg, to name a few.  For every one of those, there are ten thousand bosses who think they are that good. And are not. The focus is not: Can you find one person who is a genius? Instead, focus on: How do you build a company of geniuses?”

How do you build a company of geniuses?  A great question to consider for today.  My good friend and colleague, Bruce Jensen, shared this Fast Company article with me on how to unleash human potential.  In the article, Mr. Cook gives great insight into an axiom of greatness.  Building a great company is not about a single genius visionary, but about a culture of engagement.  How do you build this kind of culture?  Mr.  Cook gives a great example using a comparison between Google and Yahoo!. Here is a direct repost from the article:

“Several years ago, Cook met a top Yahoo engineer, integral to developing the engine’s indexing backbone. Cook asked him about the company’s battle with Google, and the Yahoo engineer offered a surprisingly candid answer.

“He said, ‘You mean, how come Google beat us so badly?'” Cook says, smiling. “He then described it: ‘Google was 60% better than us in monetizing search. We knew it; the advertisers knew it. We announced a huge project called Panama, where we were going to catch up. We spent 18 months on it. And yes, it was 60% better in dollars per search than what we had before.”

Here’s the problem: Over that same period, Google improved 60% too–without a big initiative behind it.

How did Google do it? Simple, says Cook: rapid experimentation.

“When a new engineer arrived they would say, Welcome to Google, here’s your desk. We don’t have a job for you. You have a paycheck, but we actually aren’t going to tell you what your role is. You’re going to find it for yourself,” said the Yahoo engineer, Cook relates. “The engineers become self-seeking, just by Google allowing them to run experiments. Again, you’ve let the customer become the judge,” he says.”

Cook gives additional insight into rapid experimentation.  For more insight on that check out my recent blog post on “Pivot or Persevere.”  In the post I reference the Lean Startup methodology by Eric Ries.  Intuit was one of the first companies to adopt this philosophy.

Simply put, a culture of engagement is created when the employees in the company:

This type of culture development is a critical component of the LUNAR Executive Model.  It is key to help executives achieve sustainable results.

Choose to build a company of geniuses.  Choose to unleash the talent in your organization.  Choose greatness.