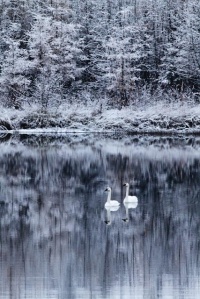 With the passing of Nelson Mandela, my thoughts turn to the impact his life had on South Africa, the world, and on me.  When I worked as an International Area Sales Manager for Megadyne Medical Products I was responsible for business development in South Africa.  Because of this responsibility I was privileged to travel there and visit our business partners throughout the country.  During one visit a good friend of mine, John Hill, taught and showed me some of the history of South Africa and, in particular, the sadness of apartheid.  Although I visited after apartheid had been eliminated, the remnants could still be seen.  That visit was a defining moment that shaped who I am today.

In tribute to Mr. Mandela, I felt to share some of his most inspirational quotes below.  I encourage you to take a few moments to ponder the principles contained therein, their significance, and the greatness of Mr. Mandela’s leadership.

You can choose to be an influence to change the world as well.  Choose greatness.

“I am fundamentally an optimist. Whether that comes from nature or nurture, I cannot say. Part of being optimistic is keeping one’s head pointed toward the sun, one’s feet moving forward. There were many dark moments when my faith in humanity was sorely tested, but I would not and could not give myself up to despair. That way lays defeat and death.” —Long Walk to Freedom: The Autobiography of Nelson Mandela

“A leader. . .is like a shepherd. He stays behind the flock, letting the most nimble go out ahead, whereupon the others follow, not realizing that all along they are being directed from behind.” —Long Walk to Freedom: The Autobiography of Nelson Mandela

“It is better to lead from behind and to put others in front, especially when you celebrate victory when nice things occur. You take the front line when there is danger. Then people will appreciate your leadership.”

“It can be said that there are four basic and primary things that the mass of people in a society wish for: to live in a safe environment, to be able to work and provide for themselves, to have access to good public health and to have sound educational opportunities for their children.” —Speech at opening of Oprah Winfrey Leadership Academy, January 2, 2007

“A critical, independent and investigative press is the lifeblood of any democracy. The press must be free from state interference. It must have the economic strength to stand up to the blandishments of government officials. It must have sufficient independence from vested interests to be bold and inquiring without fear or favour. It must enjoy the protection of the constitution, so that it can protect our rights as citizens.” —International Press Institute Congress, 1994

On love and personal freedom

“For to be free is not merely to cast off one’s chains, but to live in a way that respects and enhances the freedom of others.” —Long Walk to Freedom: The Autobiography of Nelson Mandela

“No one is born hating another person because of the color of his skin, or his background, or his religion. People must learn to hate, and if they can learn to hate, they can be taught to love, for love comes more naturally to the human heart than its opposite.” —Long Walk to Freedom: The Autobiography of Nelson Mandela

“I have walked that long road to freedom. I have tried not to falter; I have made missteps along the way. But I have discovered the secret that after climbing a great hill, one only finds that there are many more hills to climb. I have taken a moment”

“The greatest glory in living lies not in never falling, but in rising every time we fall.”

“Difficulties break some men but make others. No axe is sharp enough to cut the soul of a sinner who keeps on trying, one armed with the hope that he will rise even in the end.” —From a letter to Winnie Mandela, 1975

“I learned that courage was not the absence of fear, but the triumph over it. The brave man is not he who does not feel afraid, but he who conquers that fear.”

“I was called a terrorist yesterday, but when I came out of jail, many people embraced me, including my enemies, and that is what I normally tell other people who say those who are struggling for liberation in their country are terrorists. I tell them that I was also a terrorist yesterday, but, today, I am admired by the very people who said I was one.” —Larry King Live, May 16, 2000

“Like slavery and apartheid, poverty is not natural. It is people who have made poverty and tolerated poverty, and it is people who will overcome it. And overcoming poverty is not a gesture of charity. It is an act of justice. It is the protection of a fundamental human right, the right to dignity and a decent life.” —Ambassador of Conscience Award Acceptance Speech, November 01, 2006

“While poverty persists, there is no true freedom.” —Ambassador of Conscience Award Acceptance Speech, November 01, 2006

“If I had my time over I would do the same again. So would any man who dares call himself a man.” —Pretoria, South Africa 1962

“A good head and a good heart are always a formidable combination.”

“It is never my custom to use words lightly. If twenty-seven years in prison have done anything to us, it was to use the silence of solitude to make us understand how precious words are and how real speech is in its impact on the way people live and die.” —International AIDS conference, 2000

“There is nothing like returning to a place that remains unchanged to find the ways in which you yourself have altered.”

On changing the world

“Long speeches, the shaking of fists, the banging of tables and strongly worded resolutions out of touch with the objective conditions do not bring about mass action and can do a great deal of harm to the organisation and the struggle we serve.” —Presidential address to the ANC Transvaal Congress, 1953

“Education is the most powerful weapon which you can use to change the world.”

“When the history of our times is written, will we be remembered as the generation that turned our backs in a moment of global crisis or will it be recorded that we did the right thing?” —Tromso, Norway, 2005

“It is now in the hands of your generations to help rid the world of such suffering.”90th Birthday Gathering, June 25, 2008

Here is the link to the reference where I found the quotes.

One thought on “On Leadership: The Wisdom of Nelson Mandela”